That One Special Feature 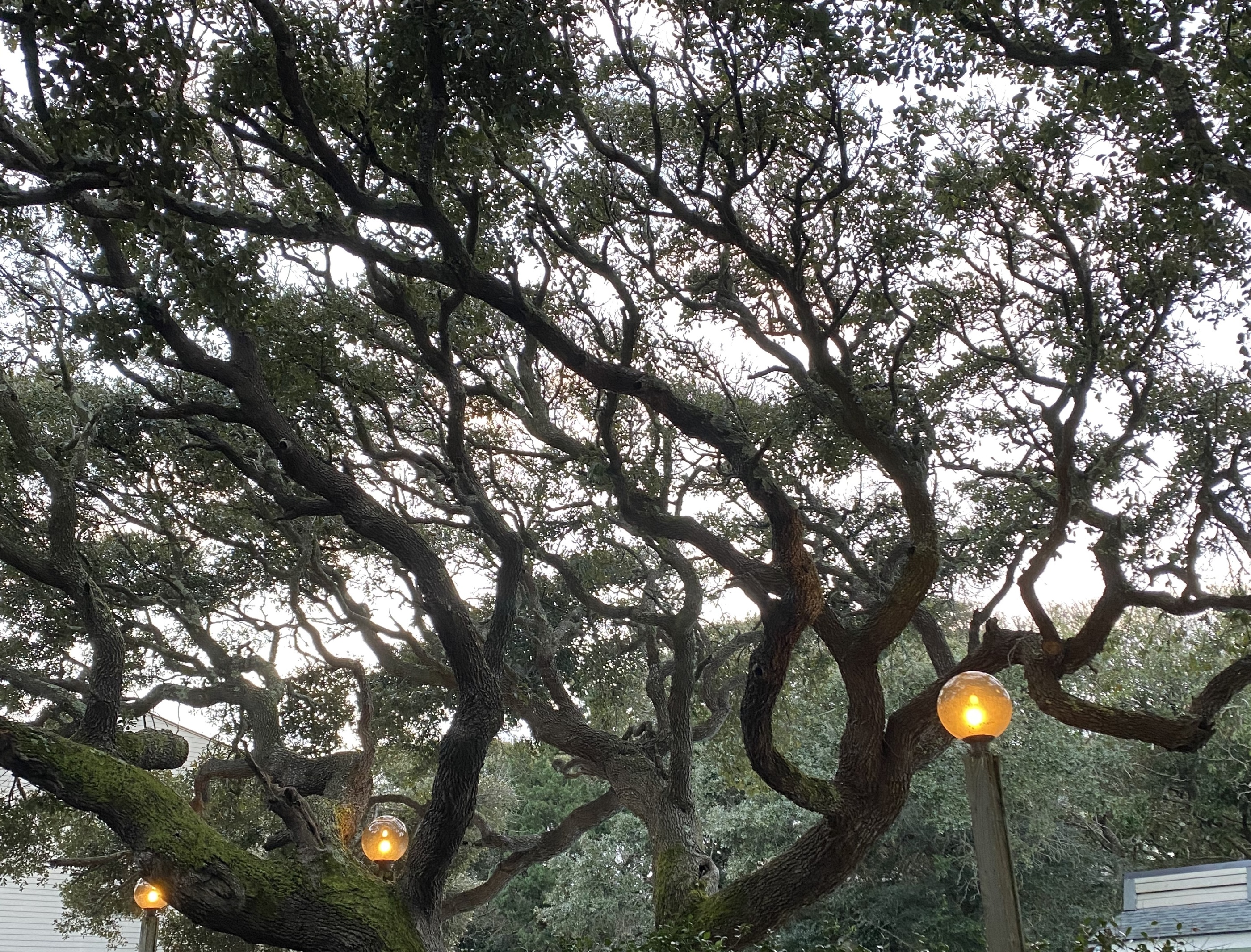 Few of us can have everything we want in a house. Luckily, there is often just one special thing that calls out to us, and that becomes the deciding factor.

I was attracted to the house that my former spouse and I bought in Norfolk VA (the first house either of us had ever bought), because there was an enormous Magnolia tree in the backyard. That, and there was a window in the upstairs bathroom. From the bathroom window I could stare at the Magnolia tree when I took a shower. I had never seen one up close before, being mostly from the North and the Southwest. It was an entire universe unto itself. And by pressing my face against that little square window, all that existed was the tree. Each branch and blossom, those huge white flowers, were like little planets. The tree was an entire universe unto itself.

One of the reasons I voted for the house my spouse and I live in now was, again, because of a window, actually in this case a whole row of windows, and a whole grove of trees. Looking out these windows you immerse yourself in a thick, wild grove of live oaks, dozens, maybe a hundred of them, limbs all tangled and twisty like an abstract (yet at the same time primeval) sculpture. One of nature’s masterpieces. I can lose myself in that universe too. Not sure what that says about me, except that maybe something/someone is telling me to get out of myself on a regular basis.
I would imagine some of you have chosen a house because of a tree, or a window, as well. Or because one particular room spoke to you, or a corner of a room. Or the shape of a window. I know someone who bought a house because it had two “eyelid windows”, he called them. You know, those tall rectangles with a bow shaped window on top.

There are so many reasons, conscious or unconscious, why we choose a house. We don’t need to know why, just that they call us. Something unique about a house can center us. If we have that, then the rest of the house doesn’t have to be perfect, or offer every au courant feature seen on HGTV. That one special thing let’s us know we’ve found our way home.